In the present work, for the first time, we investigate the structure, microstructure and electrical properties of a new family of heterostructured materials with alternated thin layers of La0.6Sr0.4CoO3 (LSC) and Ce0.8Gd0.2O2-δ (CGO) deposited by pulsed laser deposition on (110) NdGaO3 (NGO) single crystal substrates. In order to evaluate the interfacial contribution to ionic-electronic conductivity and know what is actually happens at the interface of MIECs, different heterostructures were prepared by varying both the number of bilayers (N) and the total thickness of the samples (N = 2 and 5; and the thickness were 50, 100 and 300 nm).

The quality of the samples was examined by HR-TEM and all of them presented well defined interfaces. The rocking curve and HR-TEM images indicate that the CGO cells are rotated 45º with respect to NGO and LSC ones as can be observed in the figure. In addition, due to the great lattice mismatch between NGO, CGO and LSC, the asymmetric reflections of (113) plane can be distinguished in the reciprocal space mapping and the analysis of these results indicates that the interfaces generate a compressive strain in CGO layers and, consequently, tensile strain in the LSC ones. Conductivity of CGO/LSC heterostructures is affected by the thickness and the number of interfaces in the heterostructure, and the thickness is the dominant factor in the conductivity variation. 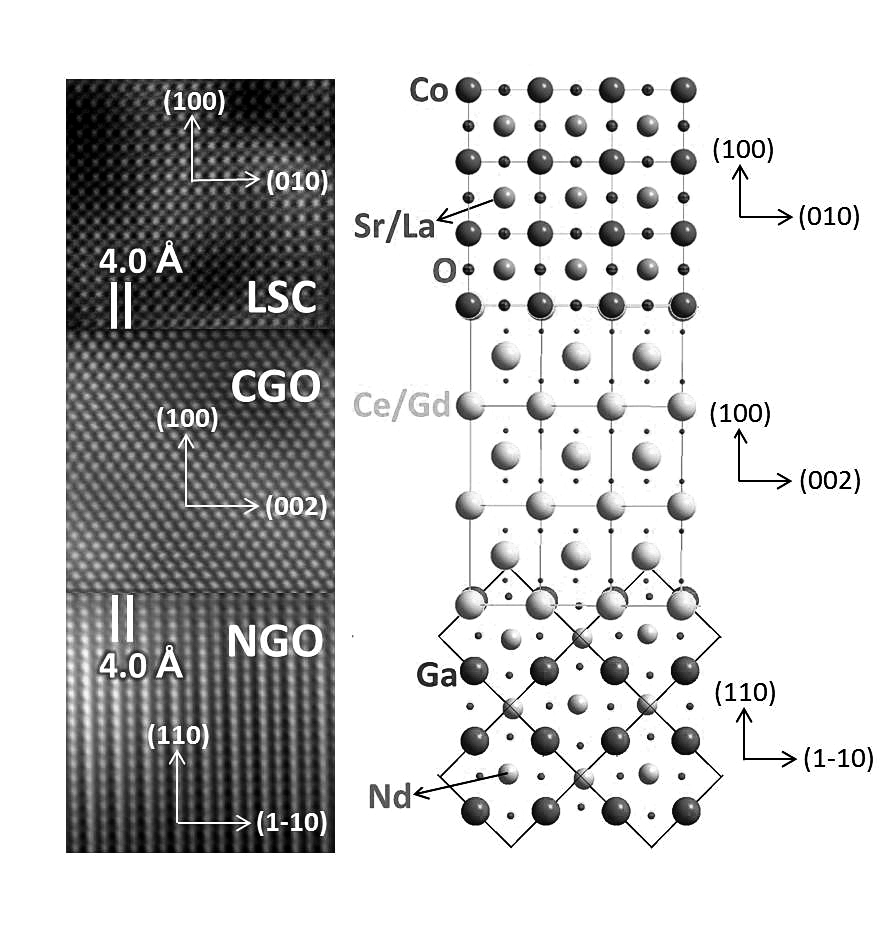